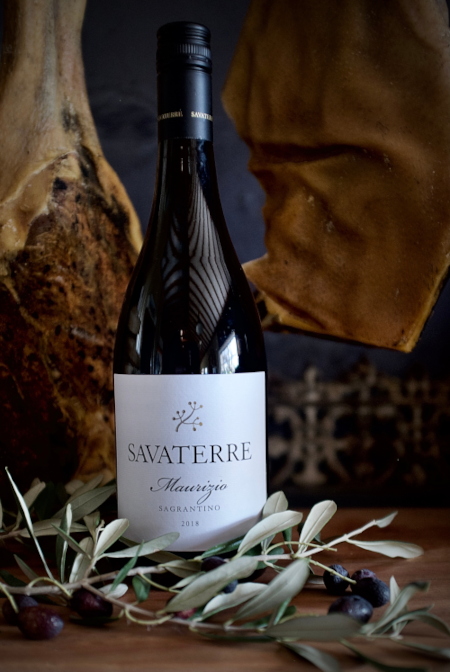 Inky, dark fruited red of savouriness and depth. Dark cherry, liquourice, saline mineral and graphite mineral characters, a bit of meat drippings and dried leaf character, undergrowth and sweet earth too. Slow moving but seriously good to sip on, a wine of grunt and groan with stuffing and depth. It's heady in perfume, complex in flavour, but has this silk-draped-on-velvet-pillow feel too.

Sagrantino is a rare, central-Italian originated red found mostly in Umbria and now at Savaterre. It’s recently been noted to contain some of the highest polyphenol (antioxidants) levels of of any red wine. It is a wine that rewards ageing.

"Although Chardonnay, pinot Noir and shiraz are the most fashionable, Sagrantino could well be the most exciting new driving force at Savaterre....Impeccable wine - watch this space!!!"